You are here: Home / Entertainment / Go get your COMIC ON at the Salt Lake Comic Con 2014 #SLComicCon 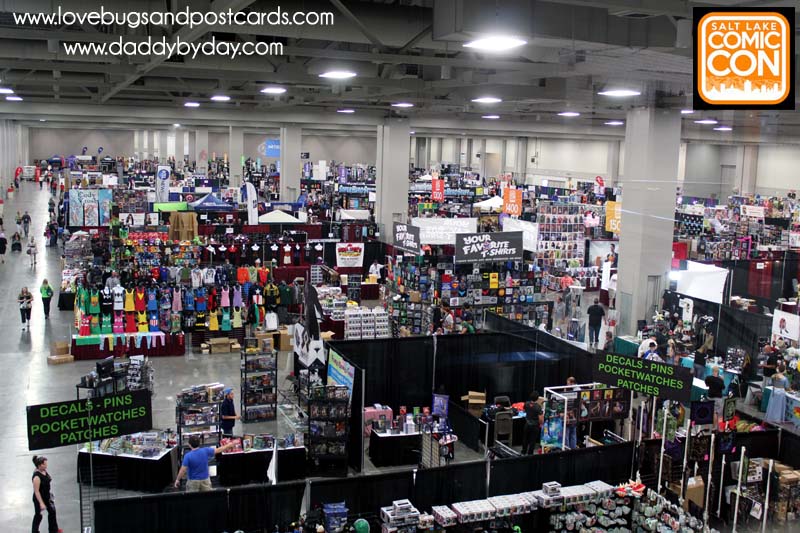 Salt Lakes Comic Con falls nothing short of literally the best and most amazing experience that people can go and enjoy for 3 days straight.  There is so much to do, so much to see, and more food, toys, games, souvenirs to buy, famous actors to see or meet, and fun to be had than anyone can possibly imagine.  And if you think that you saw it all last year and don’t need to see it again this year, THINK AGAIN! 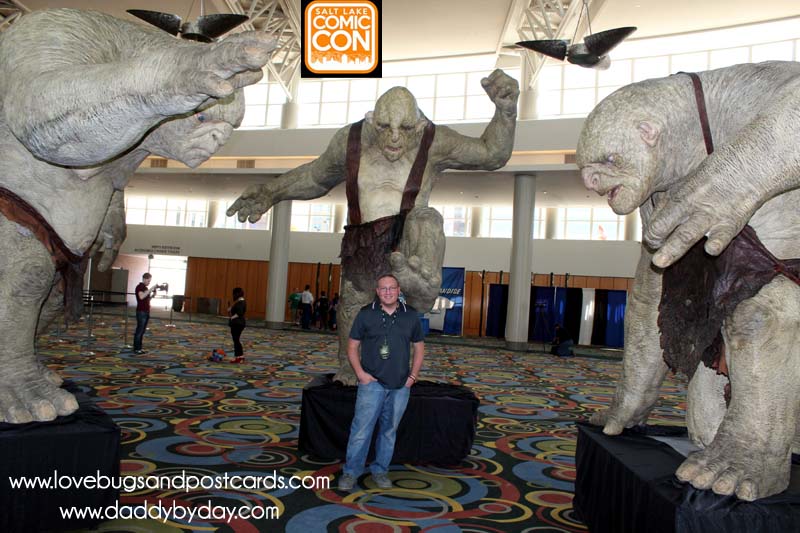 The Trolls from The Hobbit trying to smash me

Salt Lakes Comic Con at the Salt Palace is twice the size this year.  They used half the floor space last year, and this year they are using all of the floor space the Palace has to offer.  Yep, every single inch is covered with everything imaginable.  There are vendors at every turn with amazing products, Weta Workshop is displayed with a giant Smog (Dragon) blinking and looking around peering down at (us) small people as we walk passed.  And one of my favorite sections is Kid Con.  Kids and adults will enjoy this section filled with life size Chipmunks, robots to remote control, a star wars ensemble to never forget, and much more.

We were able to attend a special “pre-con” press conference and meet a few of the stars that will be there this weekend. Here are some of the pictures. Some of them were Barbara Eden, Bill Daily,  Manu Bennett, and Lou Ferrigno. Also there were Craig Parker, Vic Mignogna, Gigi Edgley, Erin Gray, Victor Joseph “Vic” Mignogna, Rob Prior and more! 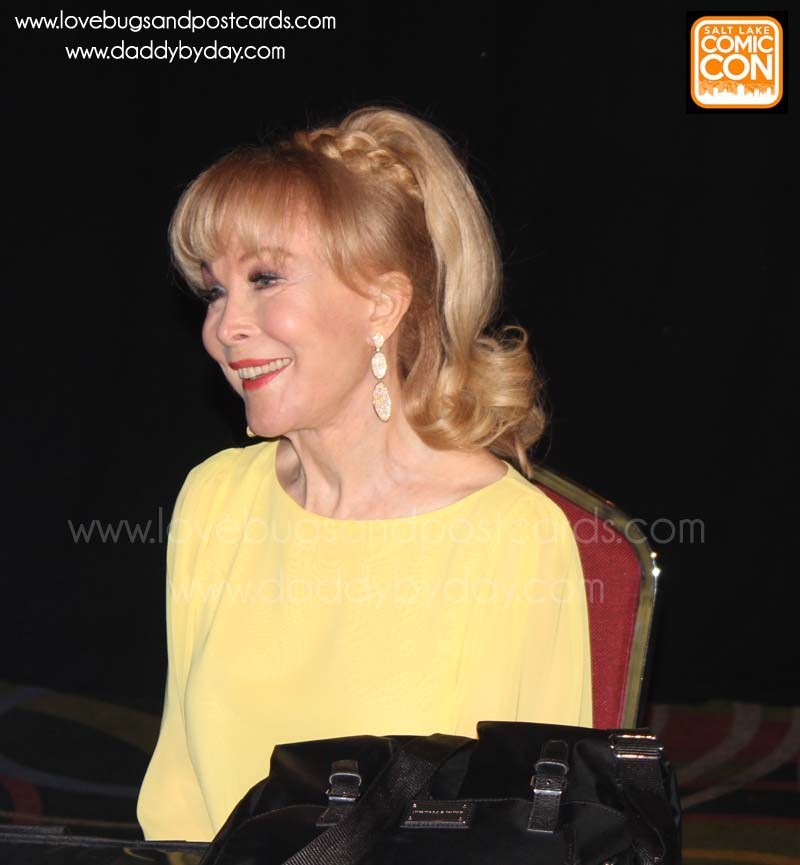 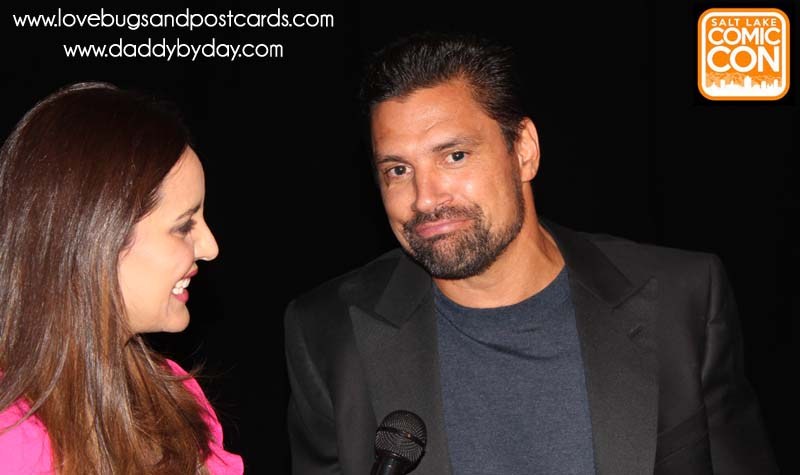 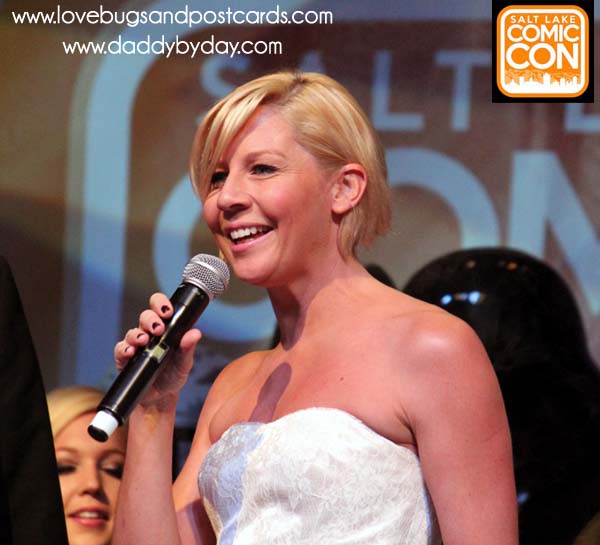 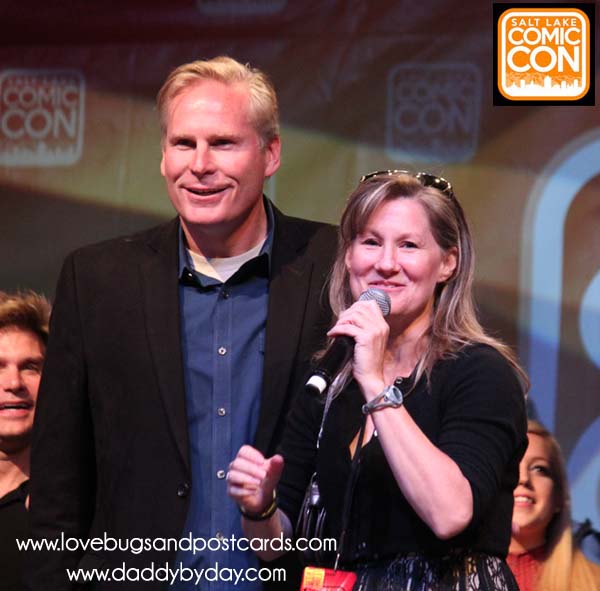 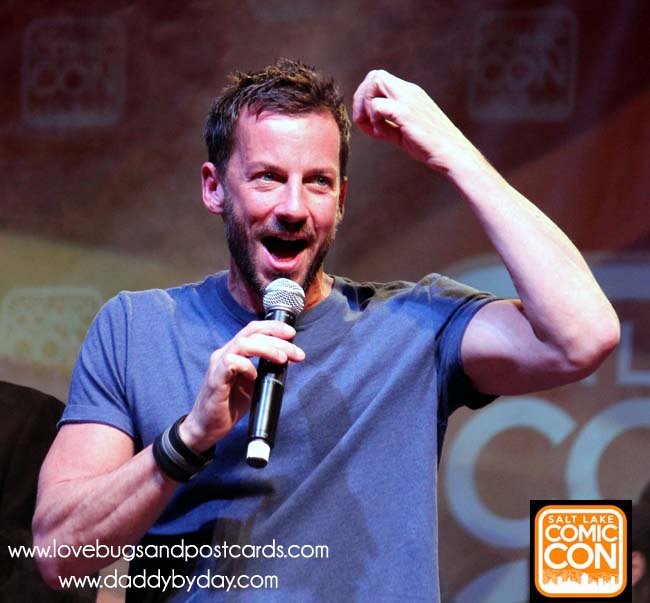 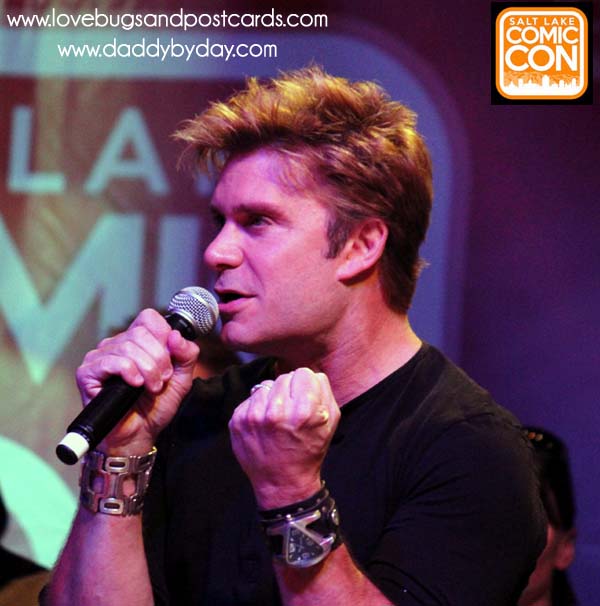 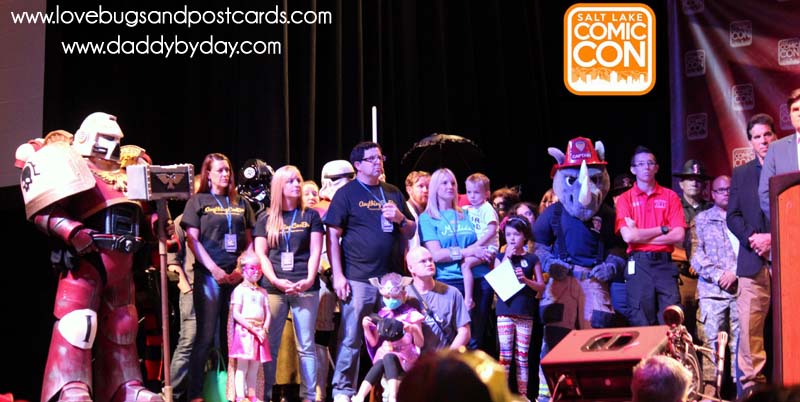 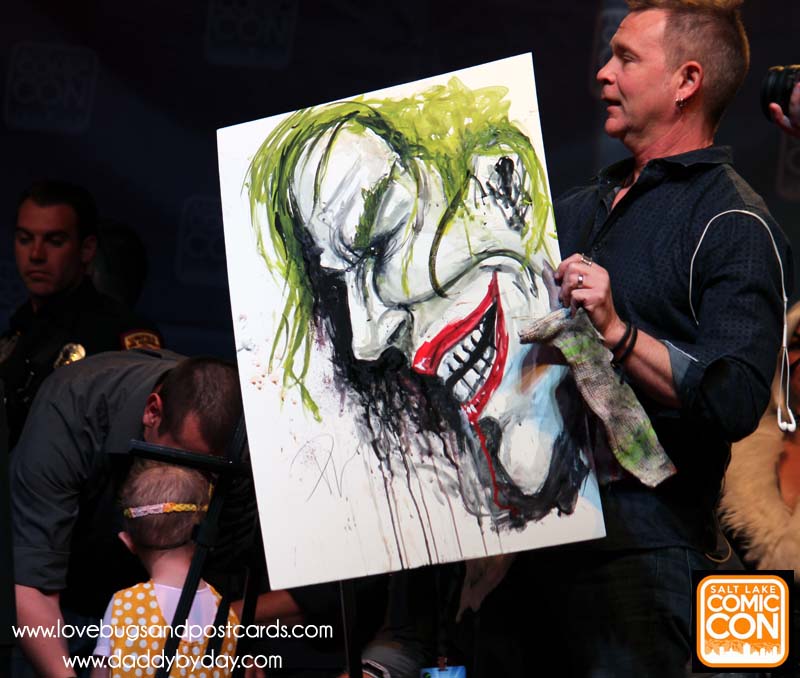 Rob Prior (Artist for Marvel & DC Comics) painted this picture in about 15 minutes and donated it to that sweet little girl.

Whether you love horses and riding off into the sunset, or you are a comic king who can’t wait until the Dark Knight finally meets his match.  The world of comics has something to offer for everyone.  From murder mystery, graphic battles, trolls, mages, sorcerers, swords, dragons, giants, superheroes, villains, bow & arrows, mythical legends, and much more, to Lego’s, robots, video games, prince and princesses, and many more child friendly themed activities and adventures; there is no leaving any one out.  Over the years comic books and their artists have laid the paving stones and defined the way that modern life is imagined, enjoyed, created, and lived.  The comic industry has affected virtually everyone and everything.  The industry is centered around entertainment, and because people can relate to good and bad, most people enjoy the hero and villain factor that is brought into a very large part of the world of entertainment. 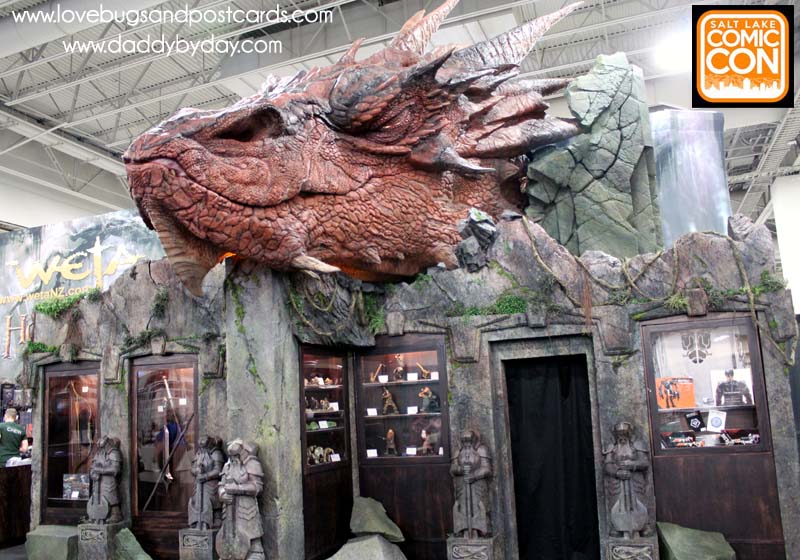 Dragon and Hobbit Display by Cosplay booth. And yes – the Dragon’s eyes move so watch for it. 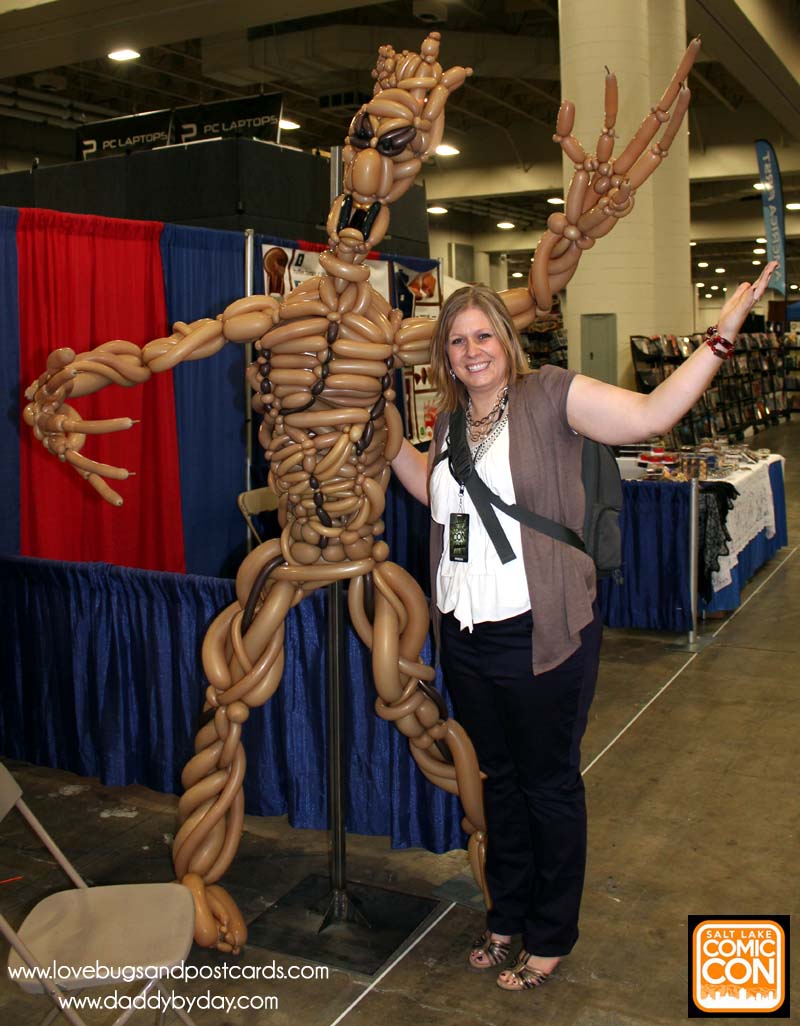 Groot made out of balloons (there was also a Rocket!). This was one of my wifes favorite parts! 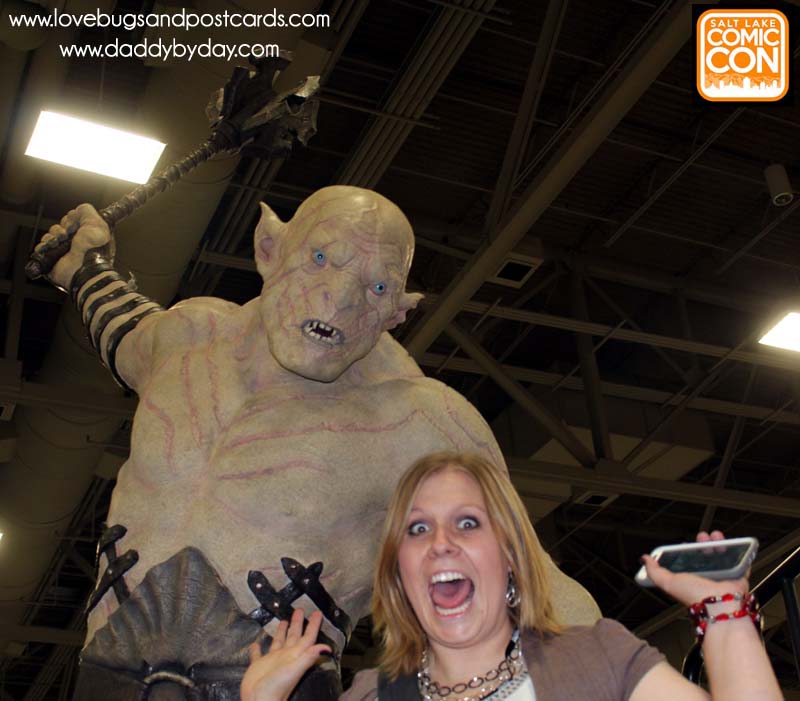 Azog the Defiler from The Hobbit trying to get my wife. hehehe

If you are going to Comic Con this year we would love to know about your experience. If you get some awesome pictures you can tag us on social media, or email them to us and we would love to share them! Follow us tomorrow for more updates and fun pictures.

We received Media Pass to Comic Con in order to help facilitate our review and promotion. This did not affect our opinions and they are 100% our own! We only recommend products or services that we believe will be beneficial to our readers.

Salt Lake Comic Con 2014
Bubble Guppies: Get Ready For School! Giveaway
Privacy & Cookies: This site uses cookies. By continuing to use this website, you agree to their use.
To find out more, including how to control cookies, see here: Cookie Policy
« 2 Winners for a The Hobbit: The Desolation of Smaug DVD or a $10 Gift Card Giveaway!
Salt Lake Comic Con 2014 »